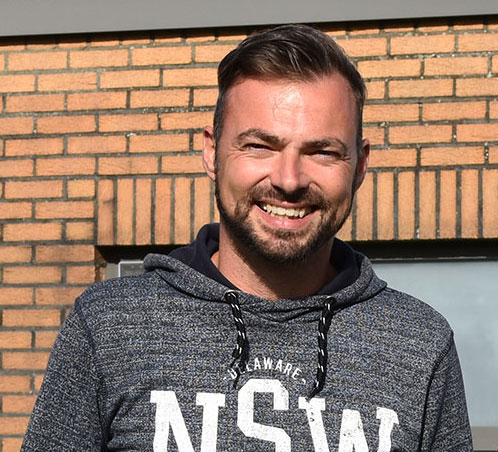 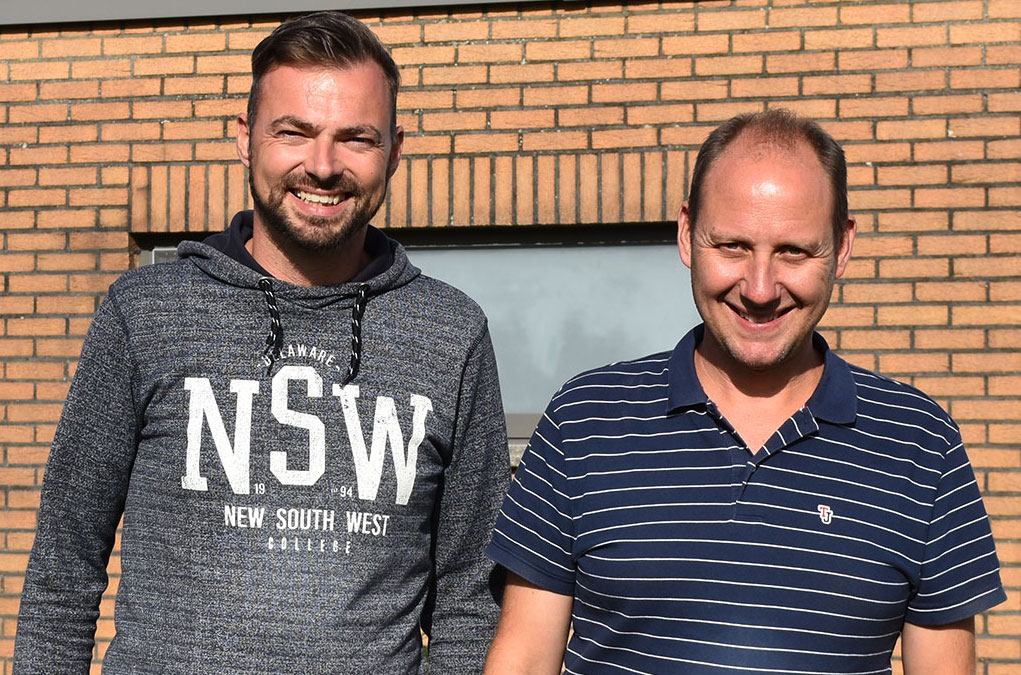 As a rocket Tom Cartuyvels is on his way to his goal – to be the best sprinter-loft in Belgium. The last 6 years he has worked hard and for every year he has improved. 2017 was a super season and both 2018 and 2019 were top-seasons.

After some years with focus on longdistance Tom decided in 2012 to focus on the shortdistance. He is now 40 years old so a quite young fancier. He works as a teacher so he would like a small (and easy) team of pigeons but he wants to get topresults every week, not only a couple of weekends during one season. The first season he only raced the youngsters but in 2017 he had a full team of pigeons – also with old pigeons – and he started with 10 widowers that season. The whole province of Limburg got surprised – Tom won 29 x 1. prizes – 13 times without doubles – so already that season he was called the new sprinter-king in Limburg!

Tom believes that the main reason is in the breedingloft. He knew that he was looking for in the beginning and he was lucky to get some real stars. The first pigeons came from Jo Claeskens, who is one of his good friends. In 2012 he got the 3 round of youngsters and they all flew. That season he got 3 x 1. prizes in Sint-Truiden Club – a very good start. And the next year he purchased from Peter Stakenborg, Mathias Coel, Clerinx, Ruben & Joris Brougmans, Frans & Timmy Van Heirstraeten, Jos Das, Geert Neuteleers, Herbots-Surinx and Dirk Leekens. Most of them were raced and all with 1. prizes and many prizes were moved to the breeding loft. 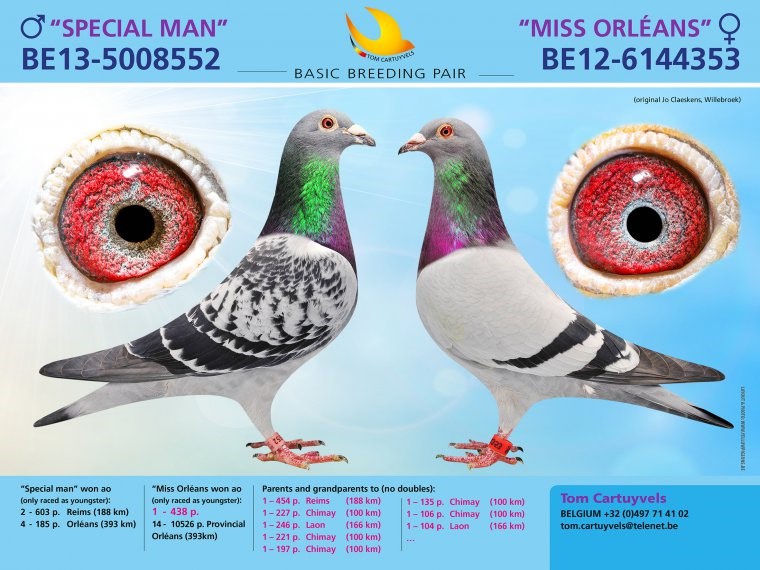 One of the first toppigeons was BE12-6144353 from Jo Claeskens. This blue hen won 1. prize from Orleans against 438 pigeons and 14. National against 14.526 pigeons. She became MISS ORLEANS. From 2014 she has been coupled to BE13-5008552 SPECIAL MAN (Frans & Timmy Van Heirstraeten x Jo Claeskens). He was 2. and 4. as youngster and after that he was moved to the breeding loft because these 2 were difficult races. He was early both in warm weather and headwind but also in tailwind. 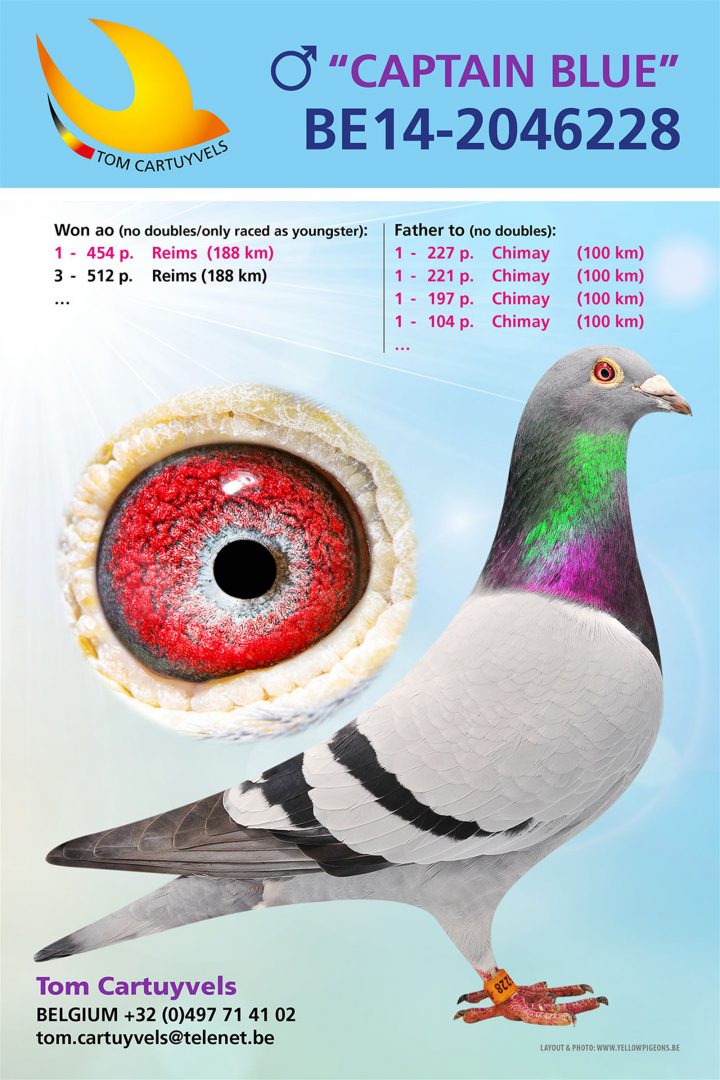 One of the super sons of this couple is CAPTAIN BLUE – he is again a super breeding-pigeon – already father to 7 x 1. prizes!! 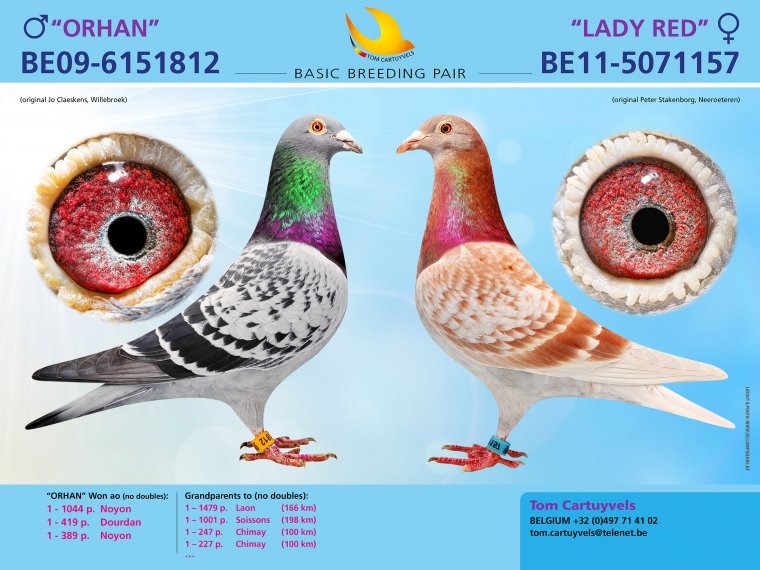 The other topcouple is BE09-6151812 ORHAN, several 1. prizes and acepigeon – both on online auction from Jo Claeskens. Due to his topresults and because his family is the same as MISS ORLEANS, Tom did not hesitate to buy it. Now he was looking for a special hen and he decided to purchase a sister to DE 68 from Peter Stakenborg. Stakenborg is also a topname on the shortdistance in Belgium. When Tom had to collect the hen, he was not satisfied, so Peter gave him 3 sisters to choose from – and Tom selected BE11-5071157 LADY RED. This should turn out to be a good idea.

Peter Stakenborg also won 10. National Acepigeon Sprint in 2016 with a grandchild of this couple. 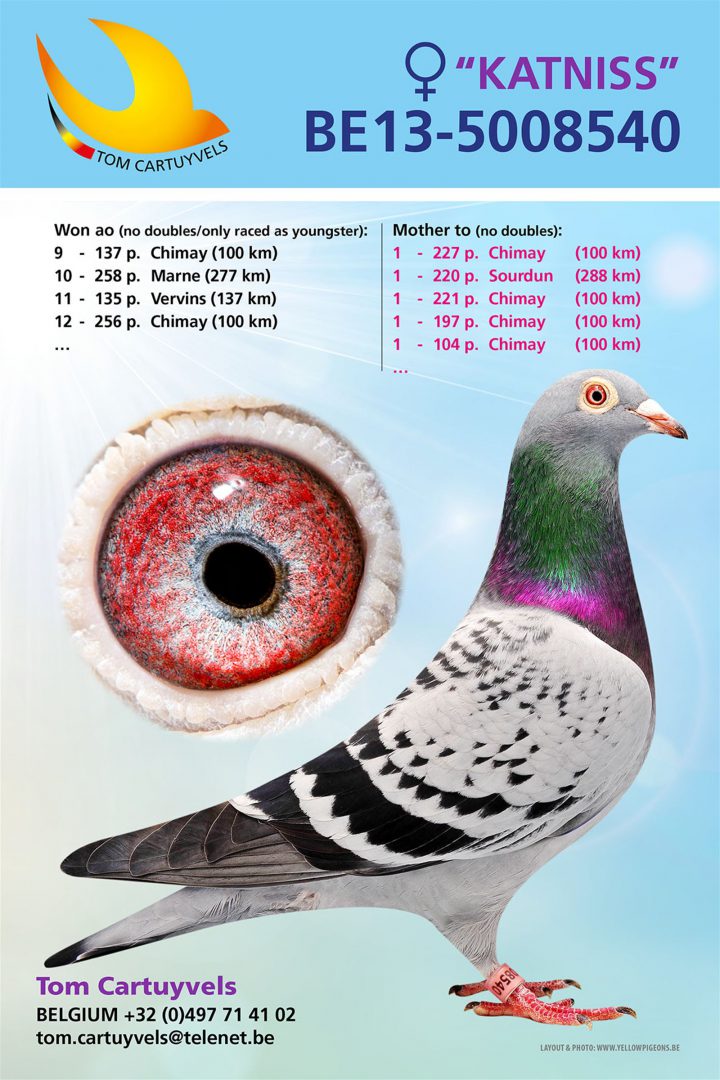 A super daughter KATNISS from this couple is already mother to 6 x 1. prizes!!

In 2019 Tom sent only 17 youngsters to the race from Dizy-le-Gros op – and he won 1. prize against 5.264 youngsters (and fastest of all 6.885 pigeons) – fantastic result! This youngster is inbred to Orhan (grandson x daughter Orhan)