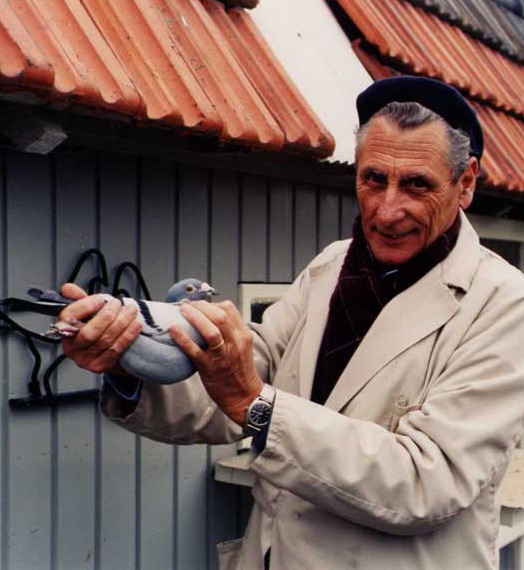 Jos “De Klak” Van Limpt
Back in March 2004 we lost one of the greatest pigeon fanciers – Jos van Limpt, also known as ”De Klak”, from Reusel in the Netherlands.

Jos De Klak was a very famous fancier – with a fantastic family of pigeons, that today still continues to win races all over the World. The champion from Reusel did only buy pigeons from the worldfamous Janssen brothers from Arendonk, and built his own family from these pigeons. Super beautiful pigeons with the capability to win from 100-700 km races.

It all started back in 1928 where the father of Jos, Cees Van Limpt, worked at a cigar factory in Reusel, and his very good friend Janneke Janssen, one of the world famous Janssen brothers, who also worked at the factory, pursuaded Cees Van Limpt to start with pigeons. As the good friend Janneke offered some pigeons from Gebr. Janssen and some days later, Cees took his bike and visited the brothers in Arendonk. The father Driekske Janssen offered 3 beautiful youngsters to Cees for less than a weeks salary – money that Cees had won back only 2 years later.

After 2 years Cees started to win in the strong city of Reusel and when the economy allowed him, he went to the brothers in Arendonk again to buy more pigeons. Soon also his son Jos came along so Jos grew up with the pigeons. They raced in the name of Limpt-Maas (the name of his wife), because the name Limpt was quite common in Reusel.

In 1936 they won the first championship as 1st general champions of Reusel with only 15 pigeons. 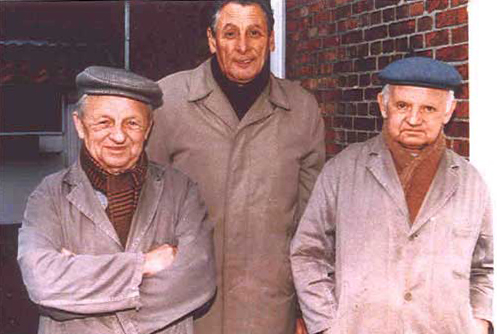 Unfortunately Cees died in a young age of only 43 but Jos could not live without the pigeons so he continued on his own. He also inherited the nickname ”De Klak” because they weared a cap. De Klak met Janneke Janssen and he promised that De Klak could buy some more youngsters if Jos and his brother Piet could smuggle 200 kilos of corn over the border to Belgium. And they did the 6 kms on their bikes over the fields between Reusel and Arendonk with 200 kg of corn and 400 guilders to be able to buy the 4 youngsters. 400 guilders were a lot of money at that time!

Jos did also buy pigeons from Tis Eyssen, the son-in-law of one of the Janssen brothers. Eyssen had also only Janssen pigeons and at the time so Jos bought some pigeons from him too – inclusive “Pelle Duif v. 43”, the coming mother of “Goei Duifke v. 45”, which would later become the mother of the legendary “Witpenneke v. 54”. Later she formed a fantastic couple with “Vechter”.

In 1948 De Klak became for the first time 1st General Champion of Reusel and the club gave him great credit and told him that Jos now was a worthy follower of his father Cees. De Klak never stepped down from that level again and in 1972 the club of Reusel celebrated a unique anniversary – De Klak had won the 1st General Championship of Reusel without interruption for 25 years!!

The pigeons
De Klak had a lot of famous pigeons – several of them before many of us were even born. But in the last 25 years of his life his best pigeons were also very famous all over the world like GOUDKLOMP UIT REUSEL (a super racing halfbrother of DE 613, KAMPIOENSDUIF 99 (daughter of halfbrother DE 613 x daughter DE 613), DE KNOOK (the father of DE 613), KRAS 80 (top racing halfsister of DE 613) etc. etc. Many of them as you can see from or in close relationship with: 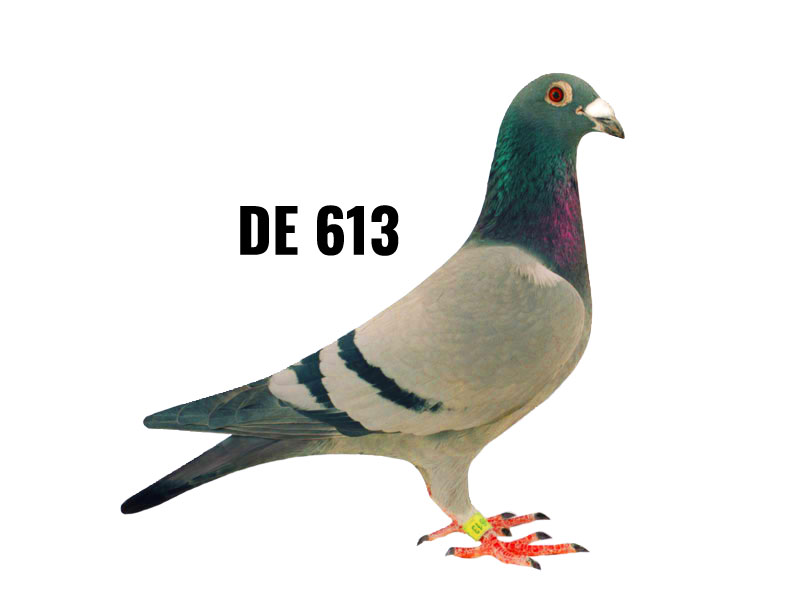 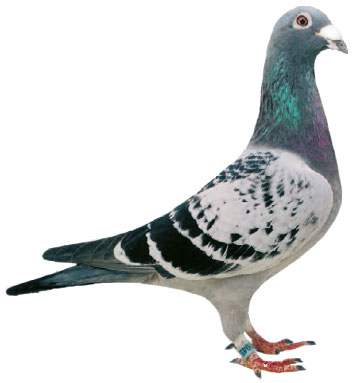 Totalauction from Jos De Klak Breeding Center!
Right now we sell one of the most complete De Klak collections available with:

If you are searching for these fantastic pigeons, this is a unique opportunity!
Good luck to everybody! 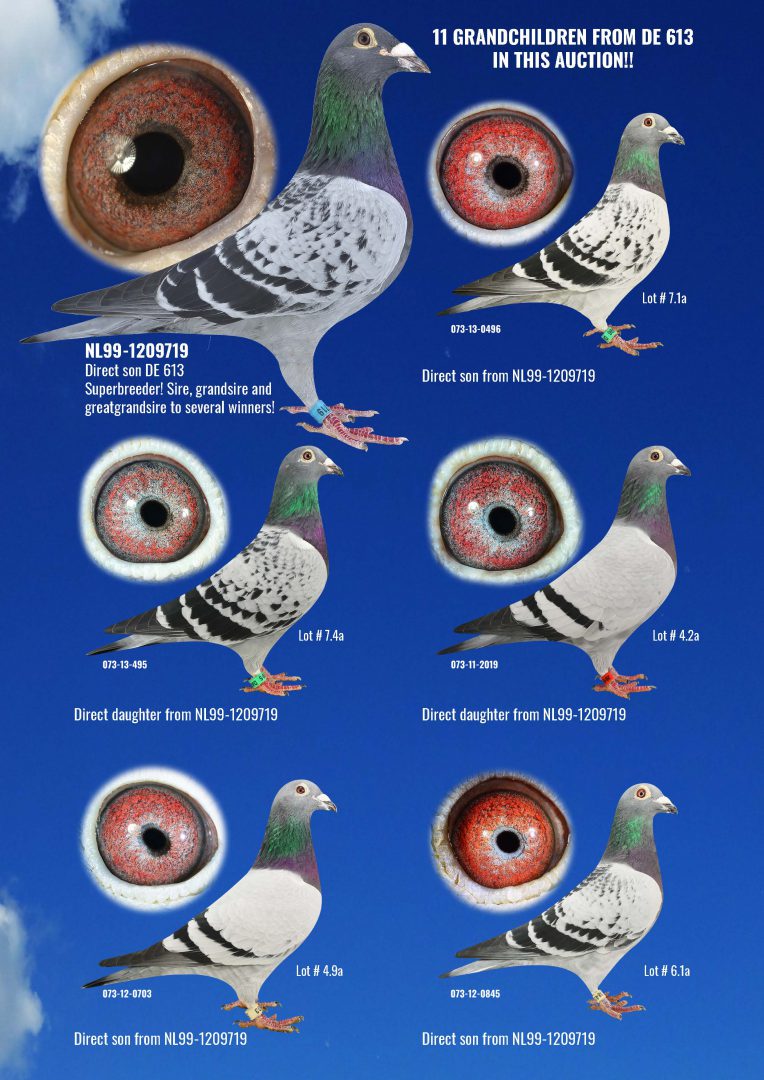 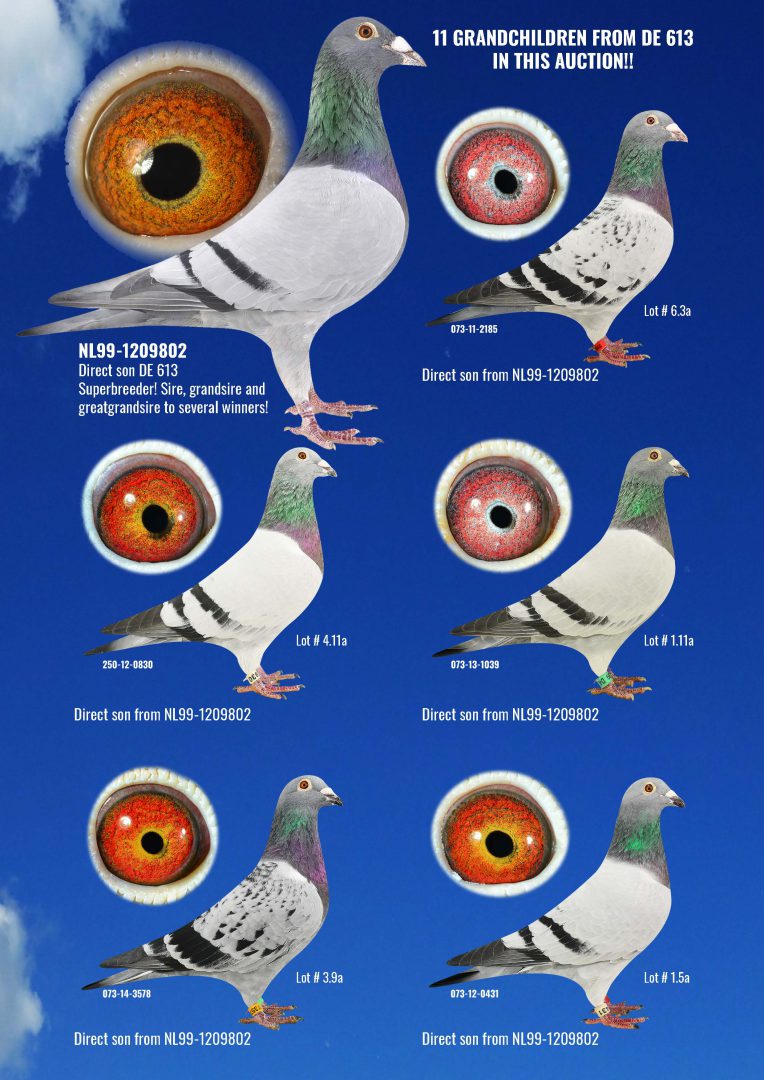 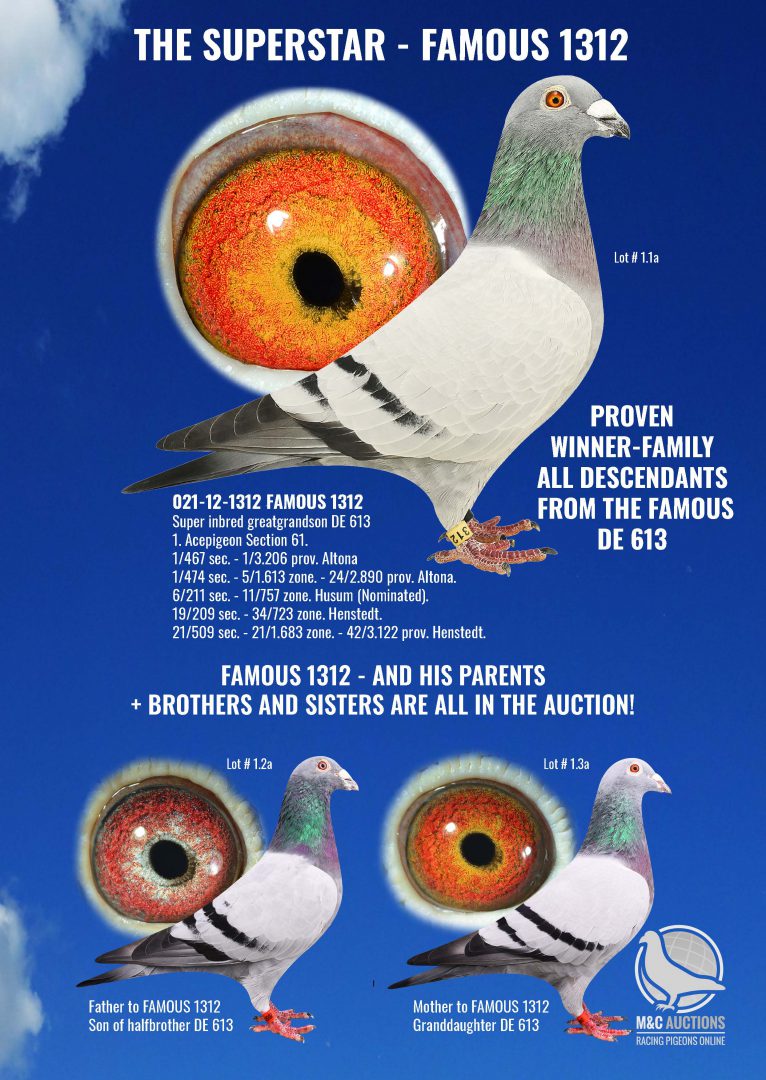 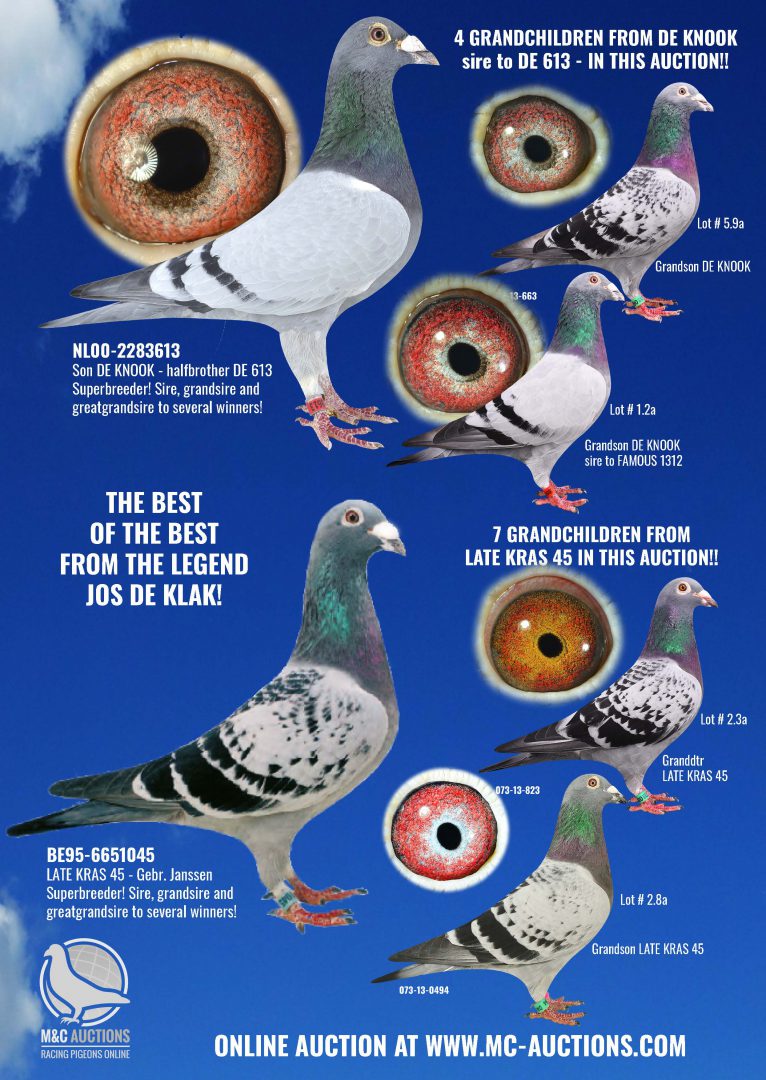