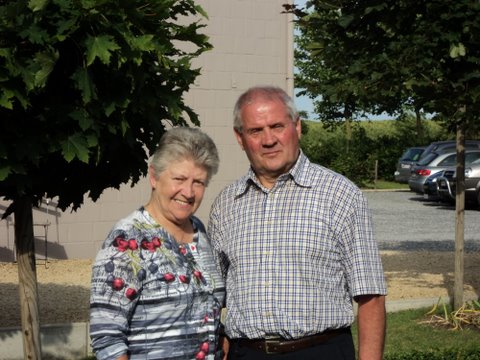 The first sale will be the last! 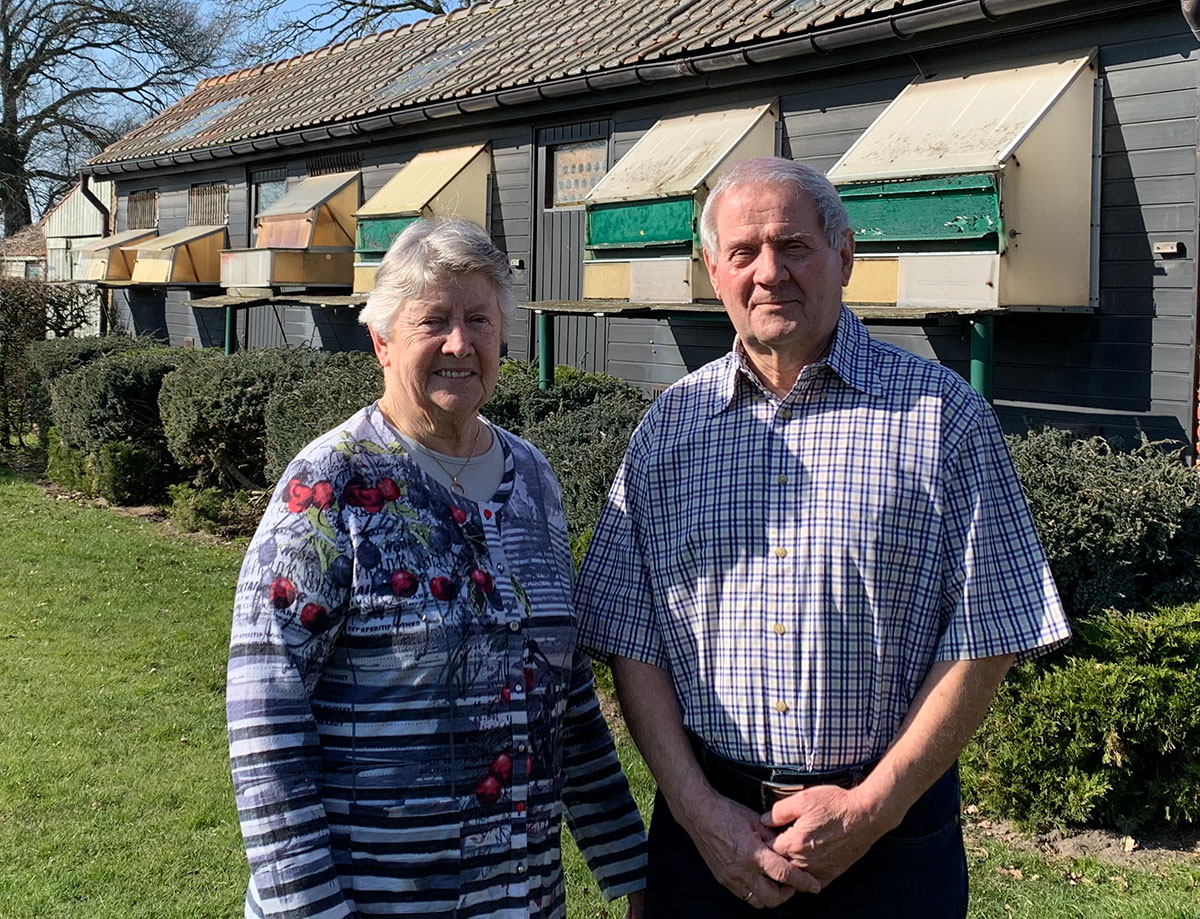 This is the story of Josefine and Frans Delaedt

Almost 70 years ago, when Frans was only 10 years old, he was the very best helper for his grandfather. The grandfather had a handicap, so Frans was a super help and he brought the pigeons and the clock to the club – and was also responsible for training the pigeons.

In return the grandfather was the best teacher for Frans – and he learned i.e. how to race on the nest and a lot more. This was the foundation of a long life and lot of success with racing pigeons for Frans.

Later on Frans raced the pigeons with his father for almost 20 years – again with topresults.
When the father died Frans made a tough decision. He stopped completely with pigeons to concentrate on his work and family. But Frans missed the pigeons very much.
After some years without pigeons, his wife Josefine agreed to help him with the pigeons – after that they raced in the name of Josephine Delaedt.

Because of his job, Frans could not see the pigeons so much during the week, but Josefine did a perfect job taking care of the pigeons – a hand of a woman in a pigeonloft is worth gold.

Josefine and Frans have always been super fanciers on their favourite races from Quievrain (130 km) and Noyon (236 km) with huge amounts of first prizes, lot of championships and a lot of remarkable results.

The team was only 16 widower cocks!
In 2019 the Quievrain team raced with a prize average of 85% for the whole season. (A new world record?)
In their club it has never been allowed to race with hen (next year will be the first season for hens but it will be without Josephine and Frans), so they have only raced cocks plus youngsters.

In 2015 Frans and Josefine began receiving a lot of problems with the hawks. We all know that this is a terrible problem – and often it causes that we loose toppigeons – and so did Josephine and Frans.
In the last years they therefore only trained the young birds when it was more safe in the summer.

Josephine and Frans are both 80 years old now – and they have decided to move to another and smaller house to be able to enjoy their ageing. The work in their present house with a beautiful garden is getting too much. In their new house they will not be able to race with pigeons anymore but they will enjoy their golden memories with their beloved pigeons! 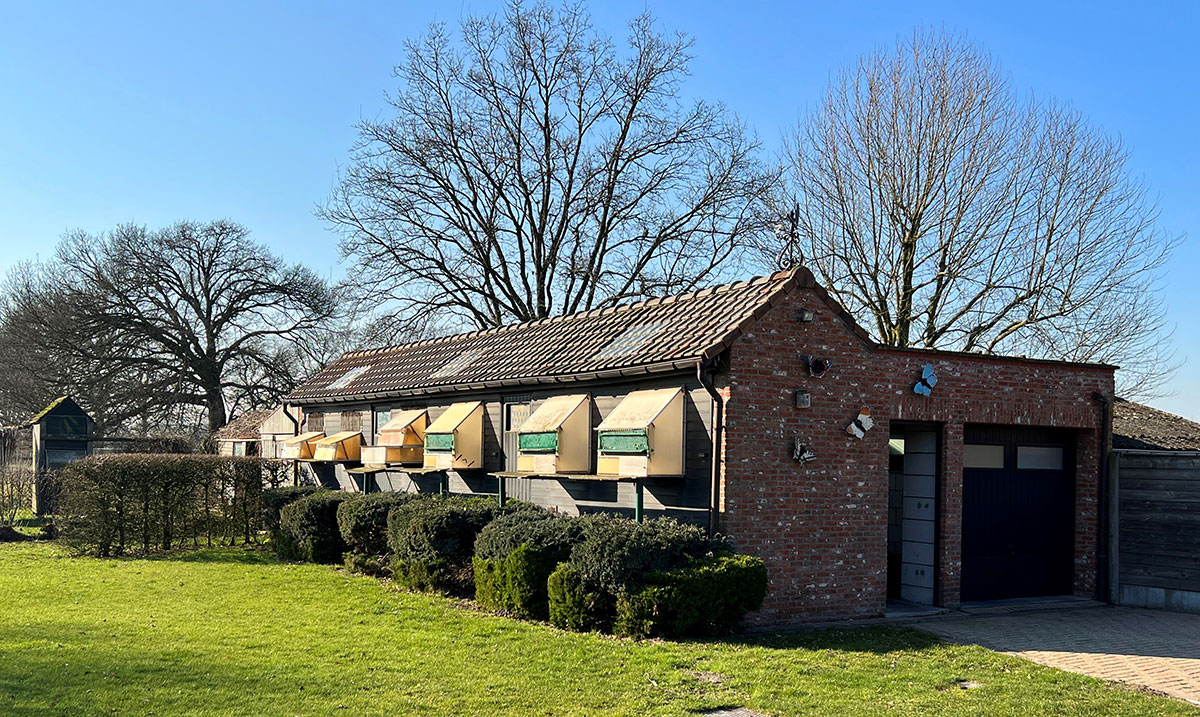 Rene Verdonck from Deurne had only a few pigeons but he was one of the best from Antwerp on Quievrain, Noyon and middle distance from 1960 till 2000. Base of Verdonck were pigeons of Jos Van den Bosch Berlaar x Haesendonckx, Grobbendonk. The pigeons from Rene Verdonck have done fantastic for Josefine and Frans.

Also the pigeons from Paul Mens, from Lint are amazing. Paul Mens and Frans were collegues at work. Paul Mens died in 2004 but his Slaets pigeons are stockbreeders for Josefine and Frans.

Frans and Josefine have also good understanding with Gaston and Hanelore Wouters from Putte. They built their loft with original Nick and Roger Thys. The best of the best for 500 and 600 km in Belgium.

And lot but not least Frans and Josefine went to Liesbeth and Luc Van Den Plas. Because of family connection they received from the best, included 1 direct daughter of OSCAR (15 x 1. Prizes) x SPEEDY (176 prizes without doubles and 11 x 1. prizes).

Highlights of Frans and Josefine Delaedt

During all the years with pigeons, they have raced fantastic – every year some topresults.
As you can see on the list several times “KONING” (kings) in the club – and many years with 1. Acepigeons in the club of NAV.
As recent as last year they had 1. Acepigeon with ACE 21 – and he was also 26. National Acepigeon Sprint KBDB – 2 x 1. Prizes and 3 x 2. Prizes! 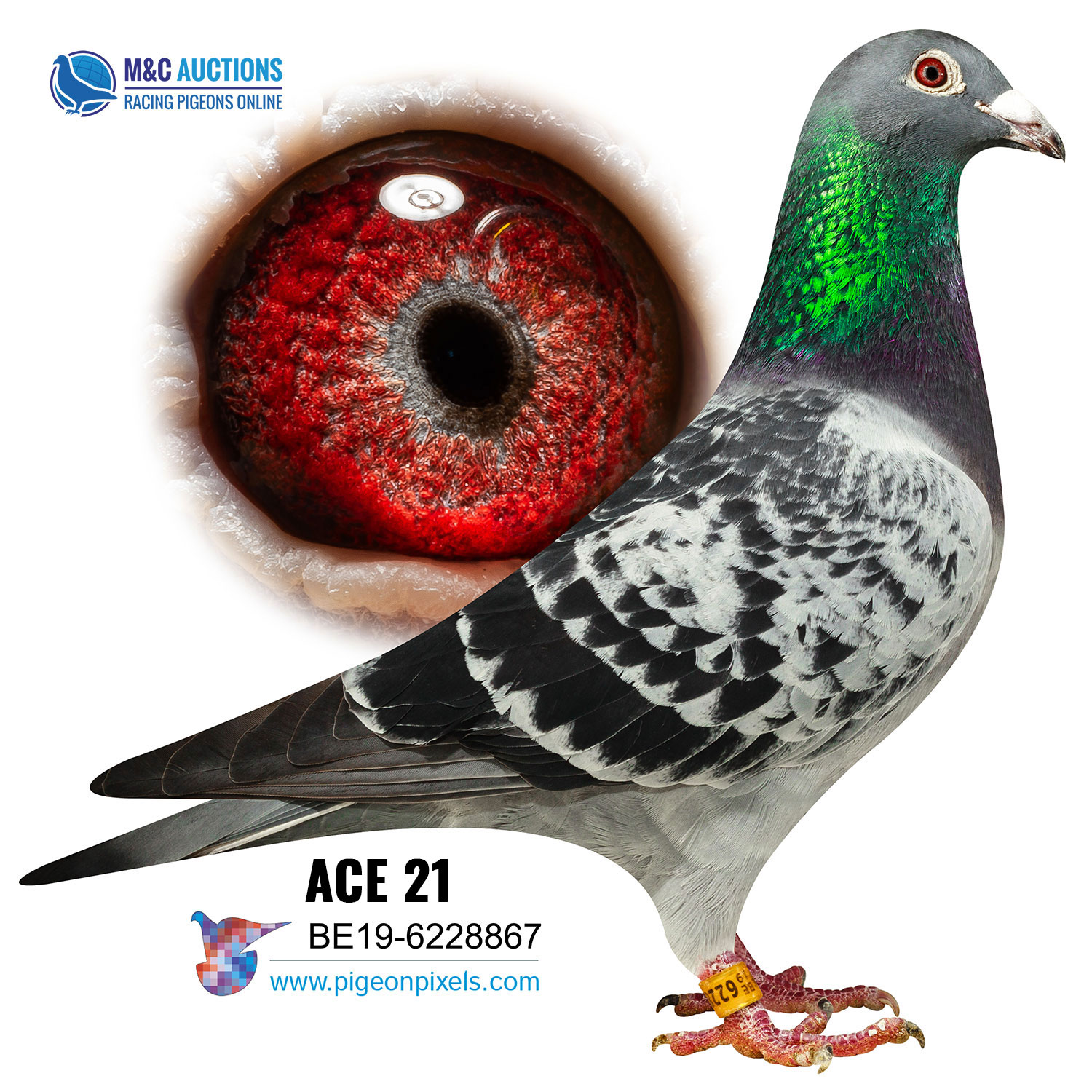 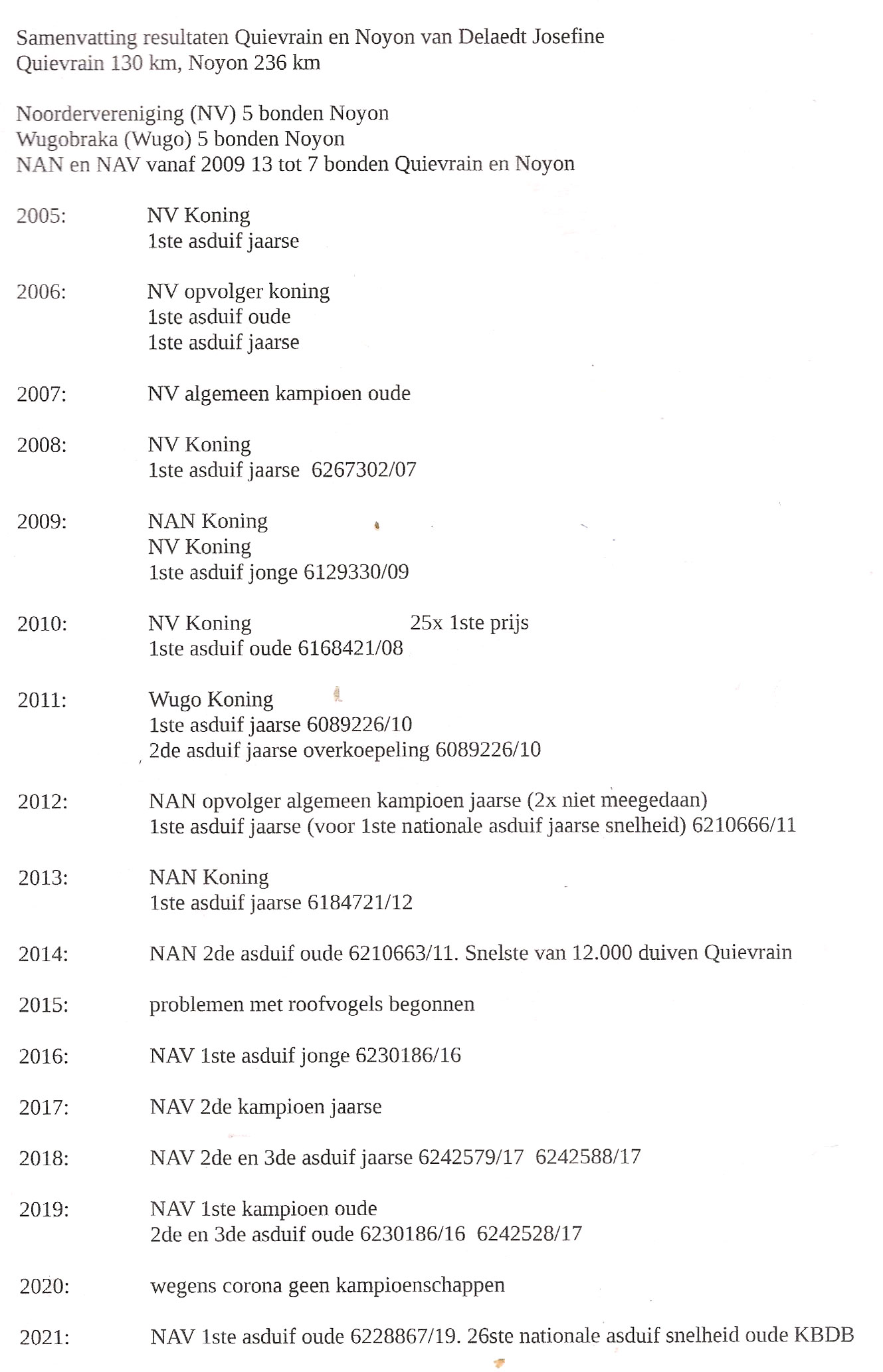 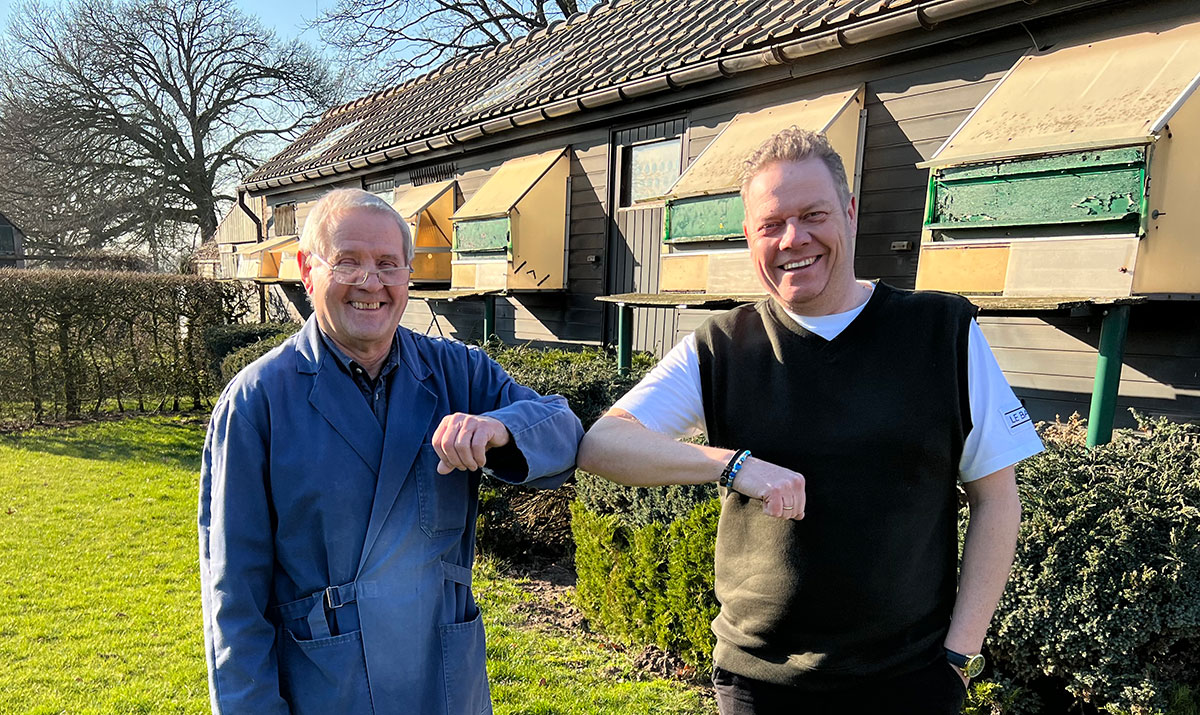 Despite all these fantastic years with pigeons – and all the achievements – they have never sold a pigeon before in their whole life. They have raced the oldfashion way as sprint-fanciers in Belgium – with full focus on the results in the club – outside the professional and business-minded part of the pigeon sport.

They have asked M&C Hansen to arrange the auction of all their pigeons – and we are proud and honoured to make this auction.
This is not a well-known loft, but these pigeons are beautiful and the results speak for themselves!
Golden opportunity to get a small piece of life-time achievements with pigeons!

It will be the first time ever that Josephine and Frans sell a pigeon – and also their last time.
We hope that their family of pigeons will bring success on many lofts all over the world!

We wish for Josephine and Frans that they will live for many years to come – enjoy their family – and their memories of the wonderful pigeons. 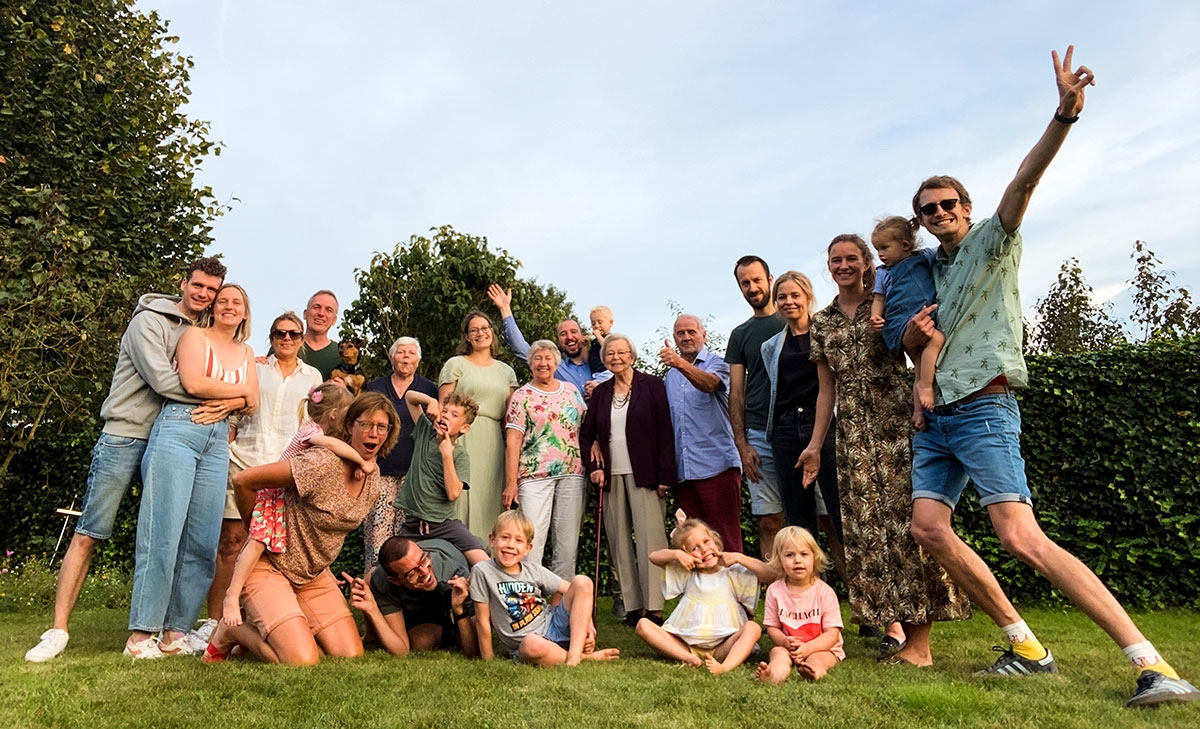