Team Moelholt is a trio of Lars Moelholt, Bo Eriksson og Preben Ohrnstedt – three danish fanciers with a great passion for the longest races from 800-1000 km.

They don’t live in the same cities but their loft is situated in the north of Denmark to be able to compete on the longest distances in Denmark.
From the beginning it was very important for them to have the best pigeon-material to work with so they have invested in toppigeons from: 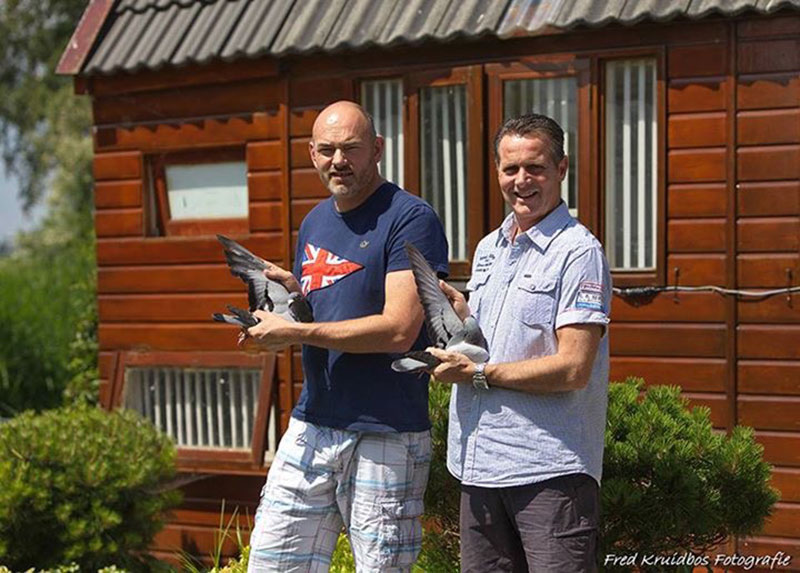 It is a smaller loft compared to other competitors, but they are still achieving a lot of topresults. Especially on the long national flights.
Comb. Verweij de Haan has in the last years earned a lot of respect because they are able to compete with the largest lofts in Holland.
The foundation cock is DE TOON, from Toon van Beek. The bloodline goes back to the famous DE 131 from Jan de Weert!!!

In the last 5 years they have had a lot of Top 20 prizes nationally.
If you are interested in the national races in Holland pigeons like MILOS, MESSI, BARRY, OLYMPIC HEINTJE, BALLOTELLI, RED ROSE, MISS MILOS, RED MESSI – are wellknown pigeons.

Most important is that the good racers give their skills on to next generation. Like CHANEL MESSI, daughter of MESSI, dam to MISS MILOS 9. Nat. Perpignan and 15. Nat. St Vincent etc and to RED MESSI 23. Nat. Perpignan.
BALLOTELLI, son of BARRY, 1. Nat. from Agen/Bordeaux and fastest of all 23.000 pigeons.
Again toplines in several generations – BARRY has also 3 prizes in Top 50 National.

Team Moelholt has 2 direct from MILOS – one of the very best breeders for longdistance in Europe.
Also direct children of BARRY, MESSI, BATMAN, ROBBEN.

In 2019 was the Comb. Verweij-De Haan again in the team with a new young team of pigeons – all based on the toppigeons mentioned above. In 2019 they were:

Very important to mention is that the good flyers give the good genes on to their children – like:
CHANNEL MESSI, daughter of MESSI, she is mother to
MISS MILOS 9. National Perpignan and 15. National St. Vincent
RED MESSI 23. National Perpignen 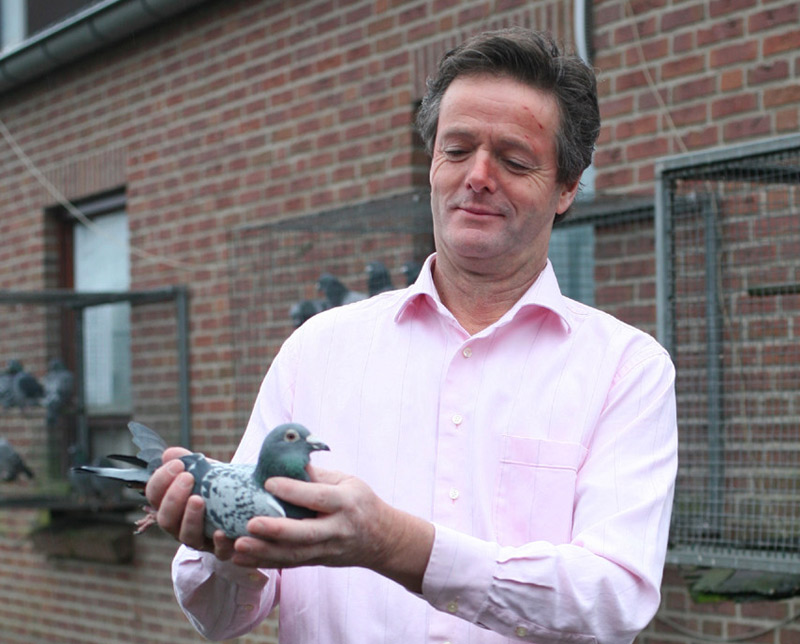 Twan Bongers, Holland:
Twan was born a long distance fancier. He started out with the pigeons from v. Wanroy, and Jan Arden pigeons out of 131 and DOLLE. They were the base of his colony. To make the family even stronger, Twan was always looking for better pigeons. So in 2000, he visited some successful fanciers, who owned real long distance pigeons. Integrity and trust in those fanciers was very important to Twan. He only visited fanciers, which were at the top of their fame with superior results at a speed not higher than 1000 m/m. He preferred the long distance races with extreme heat and head-wind. He never showed any interest in “night-flyers” but he preferred those that raced the long distances, on which they dominated with several pigeons at the top of the result. Before he bought youngsters or eggs, he took a close look to the bloodlines, and made sure, that the family had won raced for many generations. He went to get these eggs or youngsters after the season, in the month of August or September, when the fanciers already had youngsters out of their top-birds.
Looking for the best let him to Cor De Heide in Made. His family is also based on Jan Arden pigeons, and here Twan bought 30 pigeons out of the best. The KLAMPER lines came to the breeding loft of Twan, with big success! One of them was SUPERKLAMPER. Grandchild of KLAMPER. He turned out to be a super breeder. 20 of his children raced in top 150 on the national races. Unique results from 1 pigeon!!
Later Twan also went to Jelle Jellema to buy pigeons. He bought from the absolute best, and these pigeons have been a great success crossed with his own family!

KIMLYNN
Twan Bongers won the first international prize from Perpignan with his NL02-0260950 KIMLYNN in 2005, which had already won a 6th national Dax 1016 km just 3 weeks before. After Dax KIMLYNN continued to race from Twan’s loft in Odiliapeel, despite many offers from other fanciers. It proved a good idea not to sell, since she won a 1. International and later she proved to be a real superbreeder. A once in a lifetime pigeon! Her children, grandchildren and great-grandchildren finished in the top 100 in national and international races later on.

When she won, she did it in a superior way. The 1. Perpignan she won with an advance of half an hour from 22.319 pigeons on 1016 km! In the same race she won 1/6300 national, 1/1580 hen national, 1/723 provincial. She was 1,5 hour advance to 3. National. Very hard weather with speeds of about 1000 m/m. Great victory!!
She also won 18/11898 international Dax 1016 km and in the same race 6/3105 national, 5/1930 int. nat hens, 4/691 national hens. Those 2 races were the reason why she was never sold, in spite of the high prizes they offered. She was the example of the pigeons that Twan Bongers was looking for!!
Fantastic results and a golden pedigree!! She comes from a grandchild of the best racer and breeder ever, the “90” of v. Wanroy.
In her pedigree, for 10 generations we still found top-pigeons that scored at the top. After her last victory, KIMLYNN wasn’t played any longer and she moved to the breeding loft. Now she is on almost every pedigree, and her offspring is winning long-distance races.
Twan Bongers has created a very soft, very strong and well-muscled long distance racer, to fly long and fast. He has created a allround long distance racer perfect to race at all kinds of weather.. No doubt that the line is so strong, that the top-results will continue for further generations!!

The results of Team Moelholt in 2019:

The results of Team Moelholt in 2018: