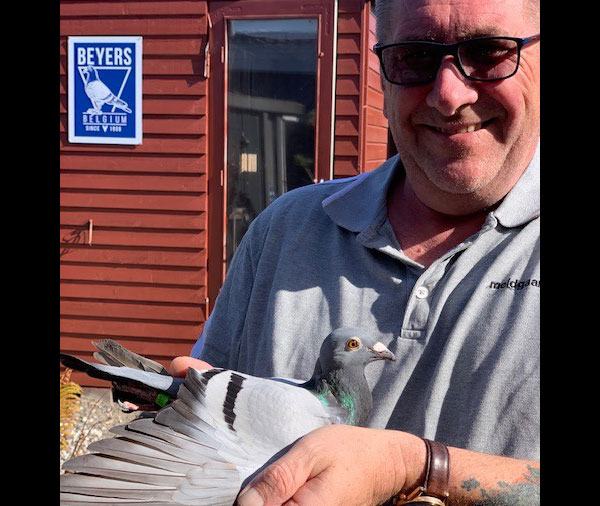 In the last weekend of this season on August 16th Paul McBurnie won the 1. National Munich from 753 km with speed of 1067 mpm.
Very tough race – 32 degrees, eastern wind – and only 12 pigeons arrived on the day! 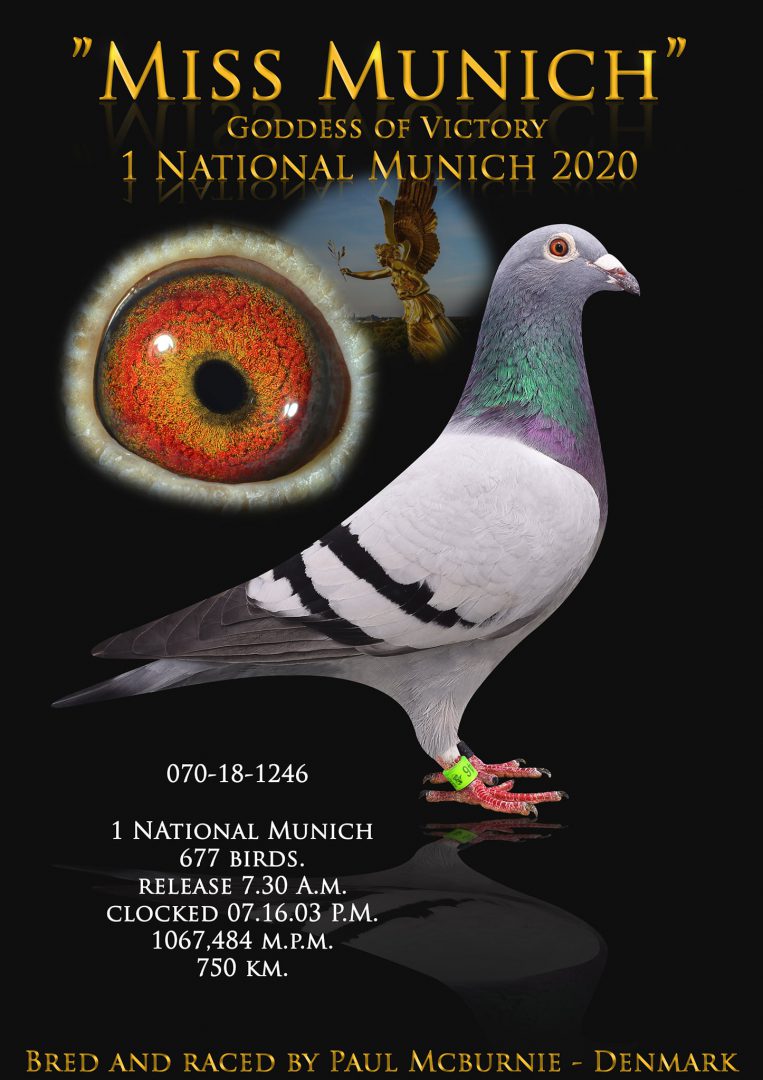 Paul built a new loft this season so the season started a little late for Paul but he managed to race 3 long-distance races – and won all 3 in his section! 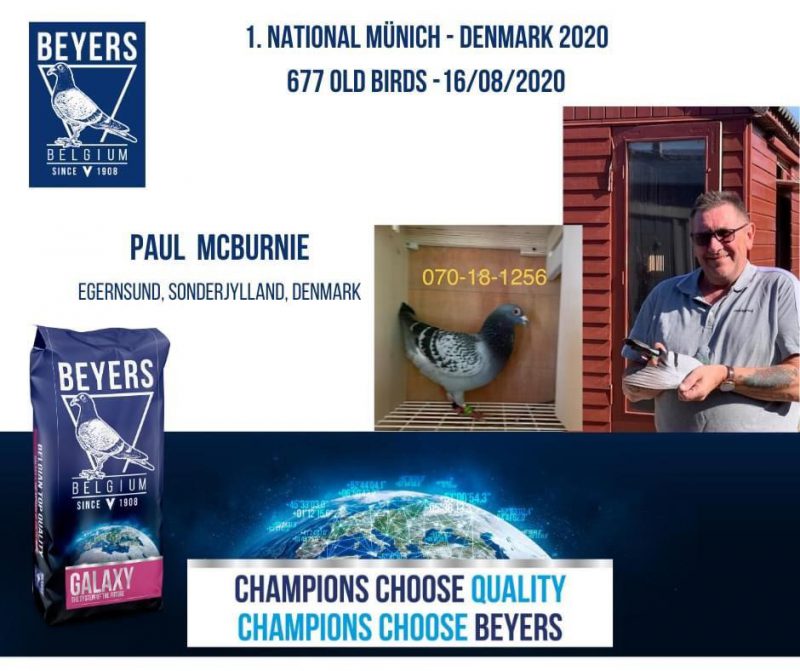 The pigeons were all bred from a group of breeding pigeons from Jupid Jung, Germany.
In 2015 Paul had a break from the sport, but visited the Jung family in Germany in 2017 and agreed with them to lent 12 pairs of breeding pigeons for 2 years.
In 2019 Paul was 2. Champion with yearlings in his section – and now this super season of 2020.
The family of pigeons are built around Marcel Aelbrecht pigeons added some other top longdistance lines so they are ready tough pigeons.

Paul says: “It’s nearly impossible to lose these pigeons from hard races. They really show their quality when the races are hard races.”

This year in Denmark they have had a lot of hard races with low returns, but Paul’s pigeons kept coming home (in the total season he only lost 4 pigeons).

Paul uses the quality pigeon food from Beyers and feeds very heavily up to the longdistance and marathon races.
He also uses the whole product range from Pigeon HP.

We send our congratulations to Paul and wish him the best of luck in 2021!!