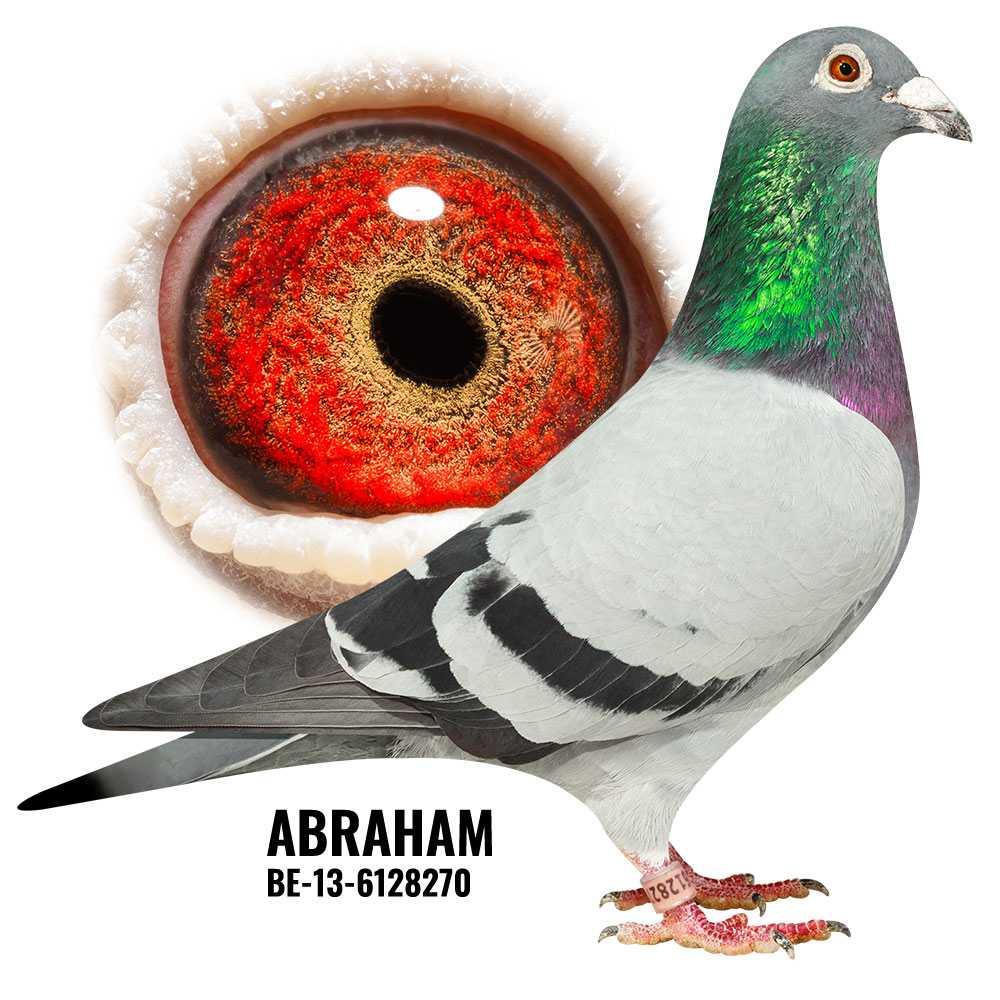 Herman Van Loon became a pigeon fancier when his collegues at work were speaking full off passion and every day about their pigeons.

And it was love at the first sight. From the start Herman raced very good and won a lot of big results.
During the year Herman specialized in the legendary Quievrain races (121 km).

Some very good pigeons camed from Maurice Op de Beeck, Berlaar (the brilliant stockpair MAURICE x LIES and the breedinghen MARIA). Others from Frans Van der Jonckheyd, Wuustwezel, a colleque at work (the golden breeder and foundation pigeon ABRAHAM). Maurice and Frans are big winners themselves on the sprint scene.

Herman kept the number of pigeons small and the quality high. (only 8 breeding pairs, 16 racing cocks and 50 youngsters).

DANCING QUEEN (original Leo Anthonissen, Loenhout) became the superhen for the foundation pigeon ABRAHAM. Unfortunately she had an accident and died in 2020.

Herman is on pension now, but in 2020 he got problems with his health. He visited the doctor that year more than in whole his life – and the verdict was hard – Herman had to stop with the pigeonsport.

M&C Hansen were asked if we could sell his colony of pigeons – and so we can present the total auction of Herman Van Loon – a super fancier!

All 59 pigeons were collected at the loft in November 2020. A family of winners – with 100% focus on Quievrain (121 km).
But many pigeons have champions from the middle distance in their veins (Baeck, Engels, Heremans, Van Aert, Marien and also Bart Geerinckx, Danny Van Dyck, Rik Hermans, Verkerk and Gaston Van de Wouwer).

We present a super family of pigeons – a family that made Herman Van Loon a real Quievrain specialist!