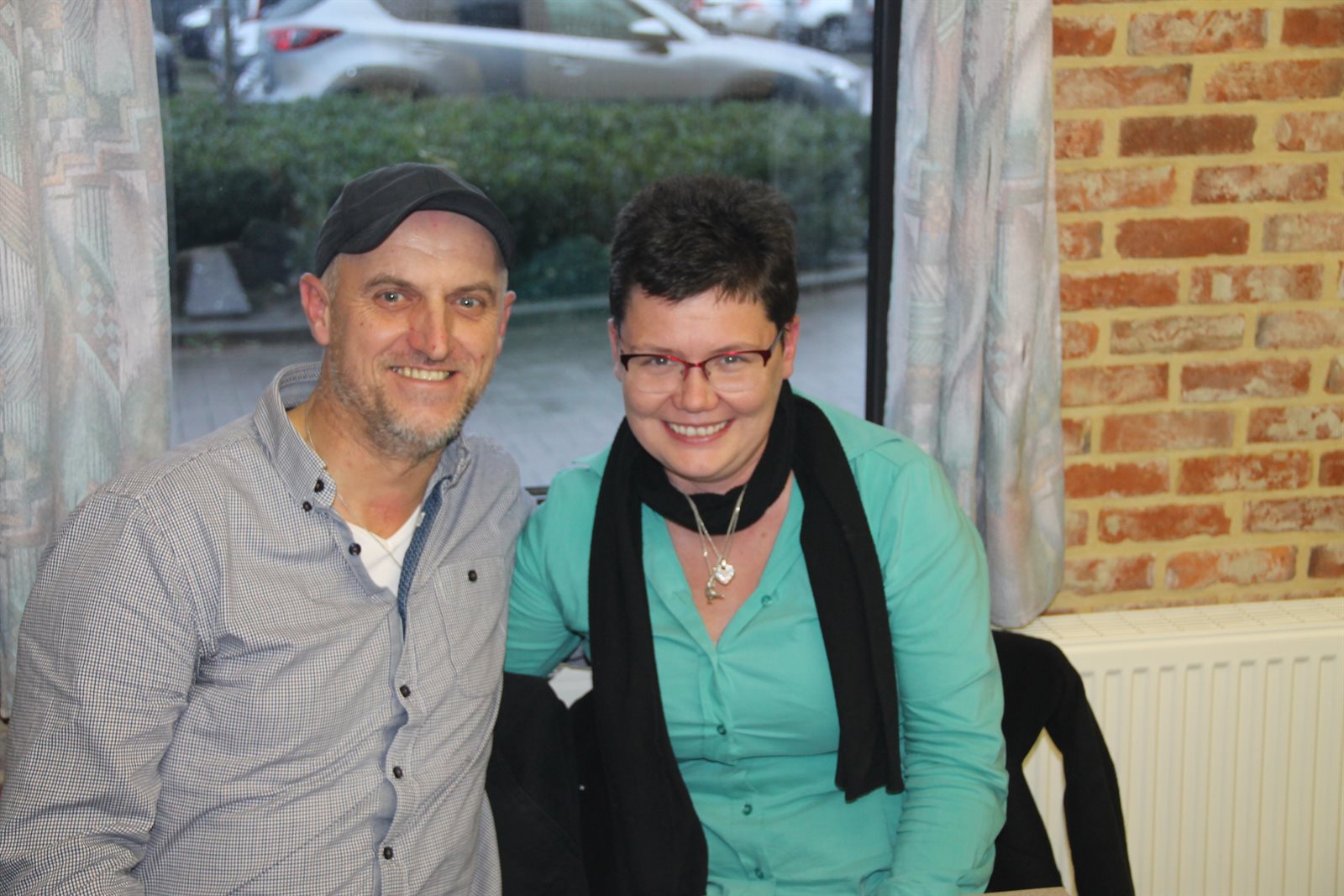 Up until 2019 there was a super duo in the city of Lille in Belgium – the Comb. Stickers-Donckers!
Now Dirk Donckers is back together with Cindy Van Vugt to compete against the best in Belgium!

The super tandem Gust Stickers and Dirk Donckers was one of the best combinations you could find in the Antwerp Area during the last 2 decades. In January 2019 they chose to sell their champion collection in an exclusive total auction at European Pigeon Website. In the super strong combine Tienverbond, they competed against a.o. Leo Heremans, Dirk van den Bulck, Jos Cools, Harry Smolders, and many more super sprinters in the Kempen area – and they did marvellous! 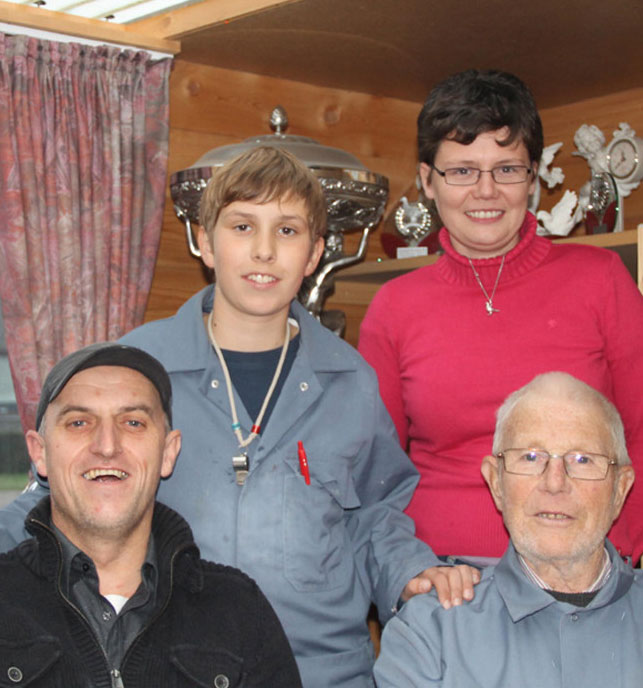 The successful tandem Stickers-Donckers was founded in 1993. Gust Stickers was already a fantastic short distance fancier before Dirk Donckers joined him. They never bought pigeons at the big names to optimize their colony, but always invested in good pigeons from unknown small lofts. Via this way they created a super family of winners, who brought National and Olympiad Stars on their own loft, but also on many other lofts all over the world.

After the total-sale and ending of this partnership, Dirk Donckers made a new partnership with Cindy Van Vugt – Van Vugt-Donckers – and founded this combination with the Stickers-Donckers pigeons as their new base.

And what can we say – already in 2019 they had no less than 44 x 1. Prizes – and were immediately again in the top of Belgian Pigeon Racingsport.

Here you can see a presentation of some of the foundation pigeons sold at the total auction in 2019. 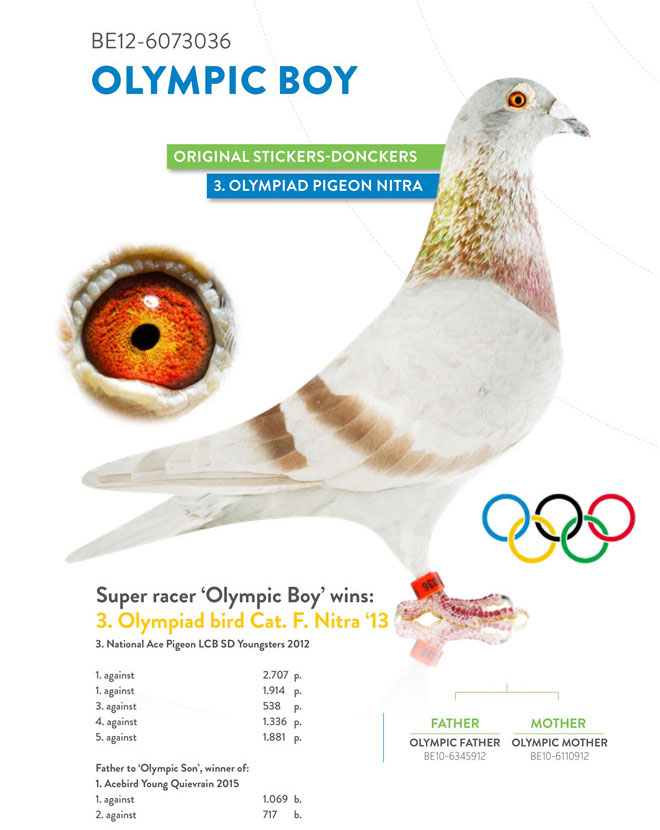 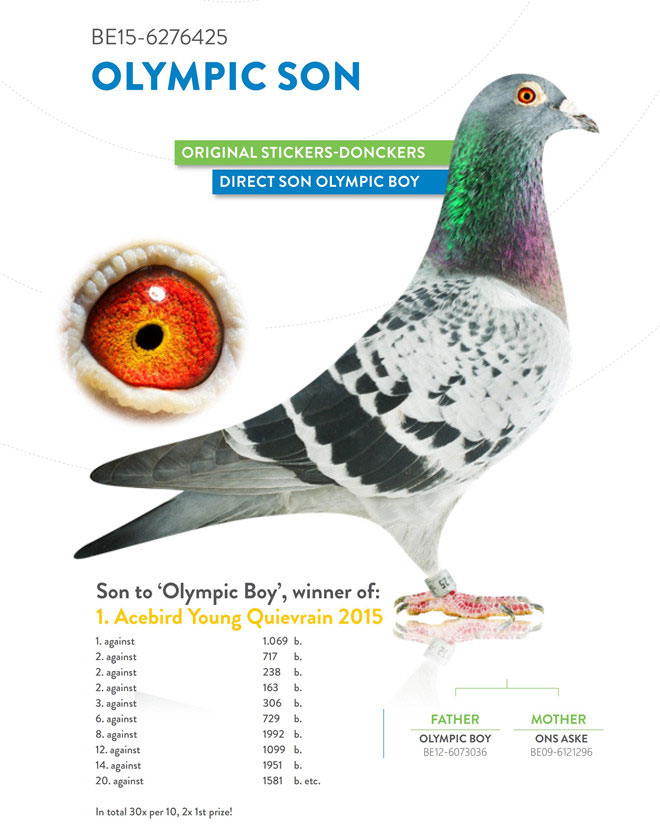 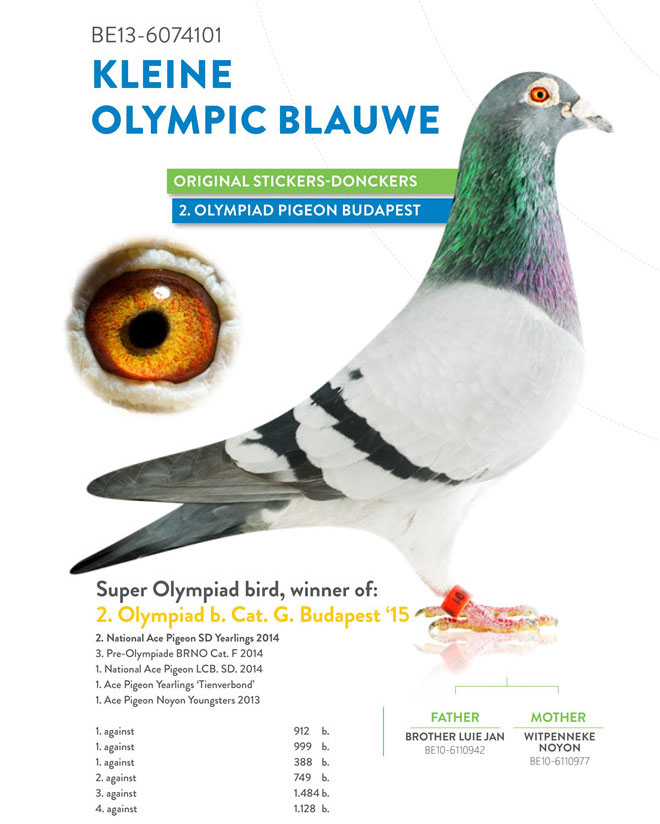 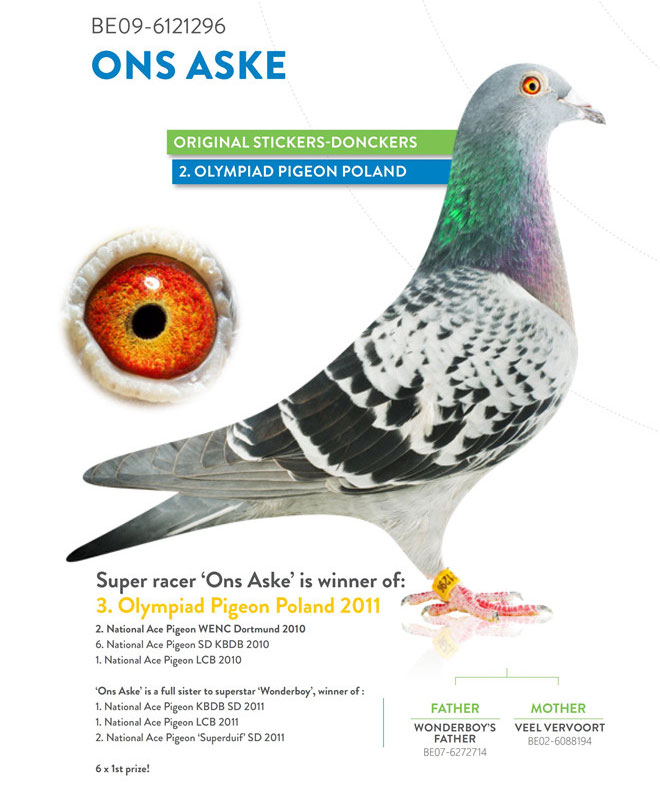 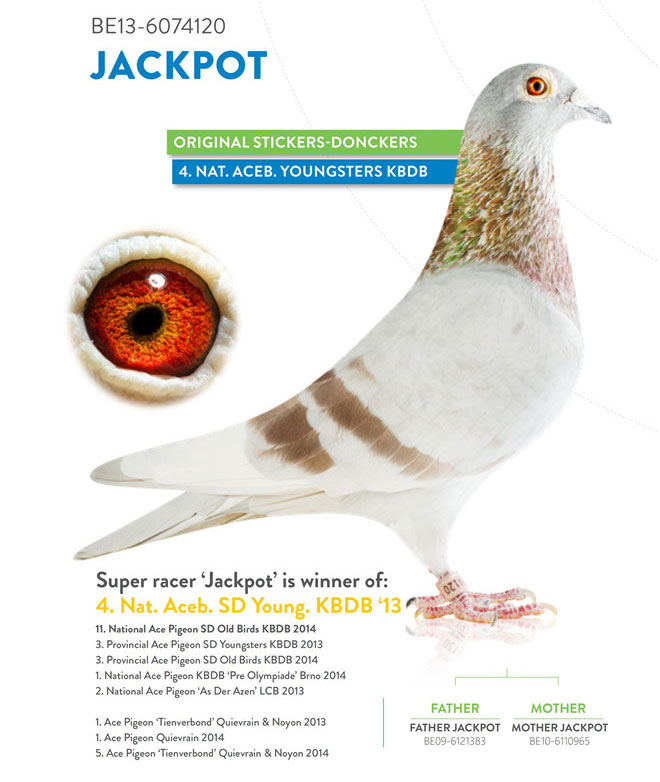 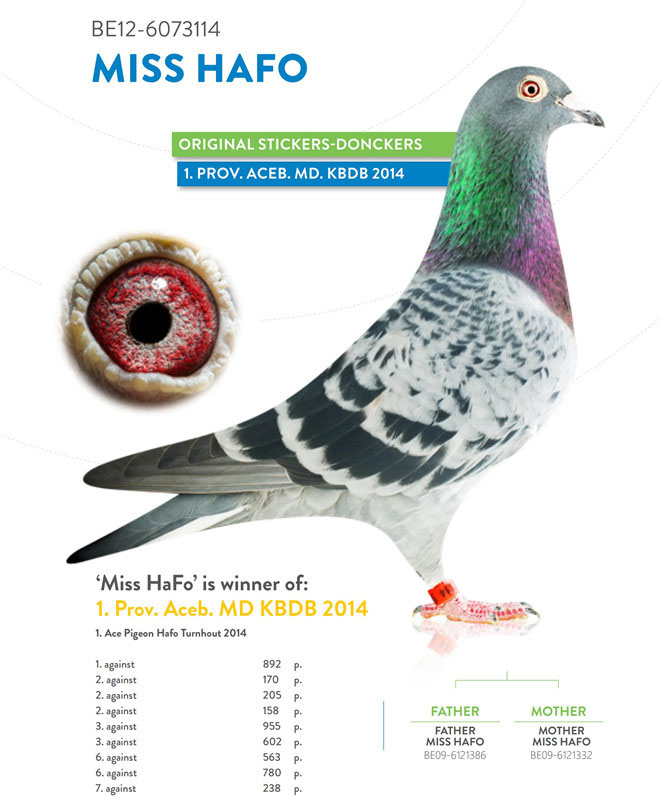